Why September is the best month to visit Cornwall 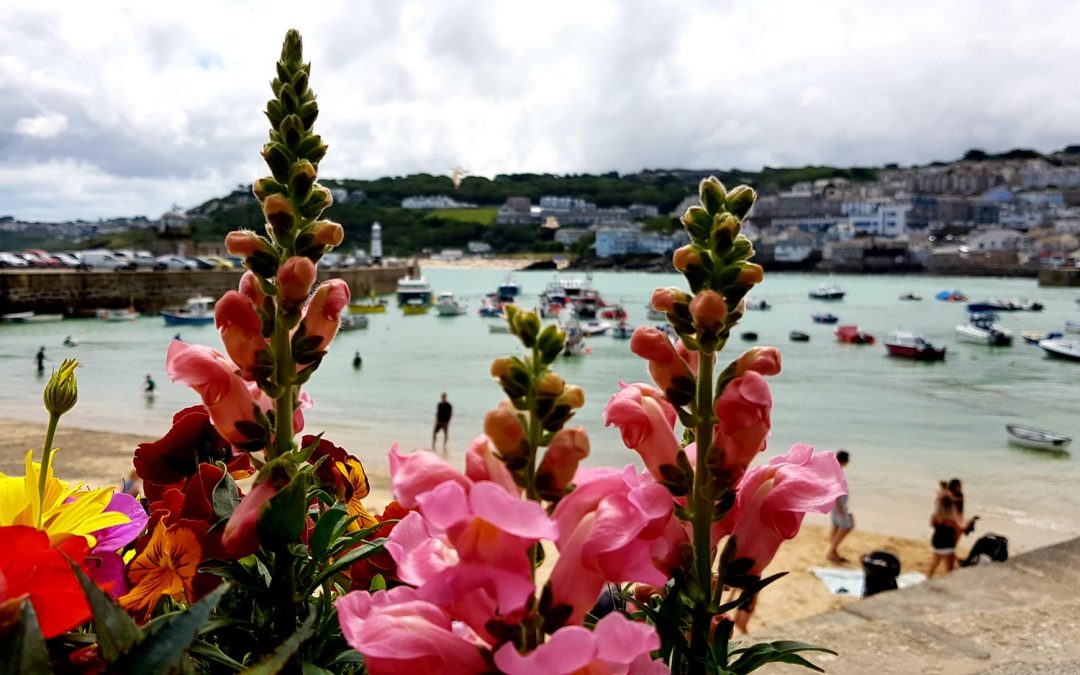 There’s no denying that Cornwall is a stunning place to be at any time of year – whether it’s sunny beach days in the summer or wave watching in the winter.

But one of our secrets is that September is the best month to visit! Whether you’re planning in advance or dropping everything for a last minute getaway, here’s our top five reasons to visit the Duchy in the shoulder season:

Not too chilly for a dip!

The sun has been beating down all summer, warming the water and sand gradually each day. From a chilly 8 or so degrees in the winter months, in September the water can get up to around 16 degrees – which only just a little cooler than the height of the season and absolutely perfect for getting in for a swim, surf, kayak or SUP, especially when you’re as close to the beach as we are at beautiful Porthluney Cove!

Nestled on the south coast with views of the historic Caerhays Castle, the bay is sheltered from the strong Atlantic swells and is perfect for relaxed beachside days. Plus, with the Caerhays Beach Café right at top of the beach, you’re never far away from an ice-cream or hot chocolate! At time of writing, there is limited availability in The Old Village Hall, which sleeps 7 and is only a short drive from Porthluney, or the Lime Kiln, which sleeps 2 and is right on the water’s edge at West Portholland Beach.

As the summer starts its slow turn to autumn, the Cornish landscape changes in the most subtle, special ways – which are particularly in the beautiful woodlands across the county. Although Cornwall’s not as well known for its woodlands as for its beaches, there are some hidden gems across the county that are well worth exploring, and many have walking, cycling or horse-riding trails.

Caerhays has its own beautiful woodlands which, although closed until next spring, can be viewed from our properties on the estate itself, including Bottom Lodge (sleeps 2) and the Old Cart House (sleeps 4), both of which have some availability in September. They’re ideal bases if you’re looking to explore further afield – Devichoys, between Truro and Falmouth, is an ancient woodland of coppiced oak, while north again there’s beautiful Cardinham populated with dramatic Douglas firs and, at Golitha Falls, the river Fowey cascades through a wooded gorge before it broadens and deepens out into the beautiful estuary harbour.

Up in north Cornwall there’s Budelicious (21-22nd September 2019), which features local food and drink, street food and chef demonstrations across the weekend. If you fancy a tipple, the Newquay Beer Festival (20-22nd September 2019) is a charity event run by the local Towan Blystra Lions Club, featuring over 100 ales and ciders. Finally, there’s the Truro Food Festival (27-29th September 2019) – a three day extravaganza that takes over the whole city with pop-ups, a restaurant trail, and a charity gig for the Trussel Trust, which aims to end hunger and food poverty. Explore these festivals from our luxurious barn conversion nestled on the Roseland peninsula Parc An Bounder (sleeps 6), which unusually has a spare week or two in our favourite month!

Outdoor theatre, quirky pop-up events and a relaxed, mellow atmosphere – Cornwall’s vibe is utterly unique. Hunker down in cosy Percuil View (sleeps 4) and take in the sights of large and small cultural events occurring across the county in September.

Our top three: early on there’s the Redruth International Mining and Pasty Festival on the 7th of September. Chock-full of food and drink, it’s a celebration of Redruth’s cultural and industrial heritage, getting its international flavour from the Cornish miners who migrated across the world, taking their love of pasties with them to such far flung places as California, Mexico, South Australia and South Africa. The St Ives September Festival is the next obvious festival on the list – a long-established two week celebration of music and the arts running from the 14-28th of September in one of Cornwall’s best loved seaside towns. With poetry, open studios, films, comedy, workshops, exhibitions and of course music, there’s something for everyone at this ever popular event. For the theatre lovers amongst you, the Minack Theatre’s 2019 season continues apace in September, with both classics (Orfeo, The Mill on the Floss, Princess Ida) and up and coming productions (Stones In His Pockets) taking to the stage with the world’s most stunning backdrop.

And of course…it’s term time again! With many families heading back home to restart the school year in late August and early September, there’s an appreciable breathe out across the county. We love the hustle and bustle of August, seeing so many people enjoying our beautiful land and sea-scapes, and making memories to last a lifetime. But the start of term definitely means less queueing, less reversing down narrow lanes and, on the flip-side of the coin, more room to breathe and relax.

It’s a wonderful feeling to have an entire beach, coast path or wooded walk all to yourself – and what better place to return to at the end of the day than the Rabbit Warren? Sleeping 4 and is actually located inside one of the castle’s wings, it’s a fairytale escape like no other and will take your Cornish holiday to the next level of unforgettable.

So do you agree that September is the perfect month to visit the little slice of paradise that is Cornwall? See you soon!