Unique Things to Do in Cornwall at Christmas 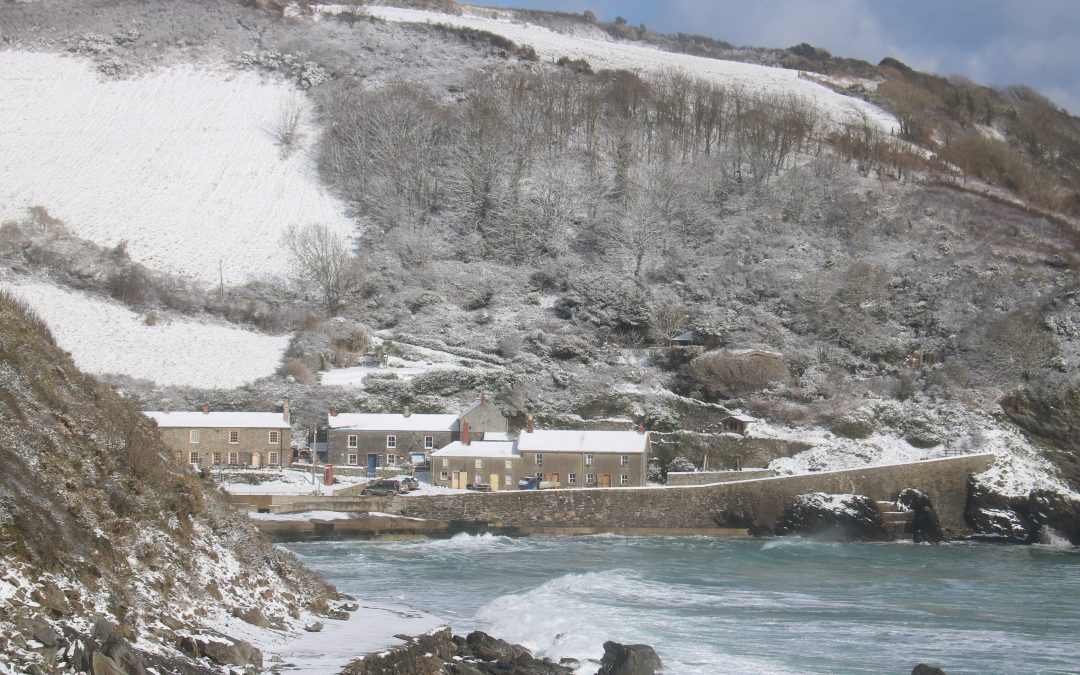 What makes Christmas so special in Cornwall? Maybe it’s the festive lights that twinkle around calm harbours, or famously quirky Christmas pies, or the sight of hundreds of Santas jumping in the sea, perhaps?

The festive season is a magical time in the Duchy; here are the top things that you can only see, do and experience in Cornwall at Christmas.

Get festive at street markets

Yes, there are Christmas street markets across the country, but there’s nowhere else you can sample award-winning cheeses, mulled wines, spiced liquors and Cornish chutneys other than right here in Cornwall!

There are two main Christmas markets in Cornwall. More than 700 lanterns illuminate the streets of Truro in the annual City of Lights parade, as well as samba dancers and bands filling the city with dancing and merriment, food stalls lining the streets and local artists selling their wares as stocking fillers. On the north coast, the Padstow Christmas Festival has grown to be one of the largest in the UK, with live chef demonstrations, artisan food and drink samples on offer and the infamous Santa Fun Run – all ending with a fantastic firework display that lights up the harbour.

We don’t think there’s anywhere else in the world where you can wander through a festively-adorned rainforest! The famous tropical biomes of the Eden Project transform into a Winter Wonderland at Christmas, where little ones can meet Father Christmas in his grotto and go skating in the ice rink, before taking in the spectacular sights of an after-dark light show across the gardens. A magical experience and wonderful family day out!

Christmas lights in Cornwall look even more magical than anywhere else because of the way they reflect vibrant colours off of the sea! The Mousehole Harbour Lights have been running for over 40 years now and are probably the most famous Christmas lights display in Cornwall. The entire village becomes an illuminated spectacle with almost 10,000 colourful bulbs not only on the cottages and quayside, but in the harbour, on the hillside and even across St Clement’s Isle in the bay. The town’s brass bands and choir provide the soundtrack for the opening evening with thousands of people enjoying watching the lights twinkle around the town over the festive season.

Angarrack is another Cornish village that goes all out at Christmas! It might typically be a small, sleepy village but people flock to this corner of Cornwall to watch it explode into light at their annual Christmas light switch on, with the event only growing in popularity.

It’s not Christmas until you’ve seen a proper festive pantomime! Down here in the Duchy, we like to put our own Cornish twist on the norm – enter Rogue Theatre; a group of extremely talented actors who perform enchanting shows in the mystical setting of Tehidy Woods. Their magical Winter Wood performance is an immersive and truly enchanting celebration of wintry tales and festiveness. With songs, storytelling and general merriment, it’s a must-experience for the whole family in a uniquely festive setting.

Stargazey pie might not look the most appetising with whole fish heads sticking out the top of the pastry, but its origins are rich in Cornish history and are a true festive tradition here in Cornwall. The story goes that residents in the fishing village of Mousehole were starving when one particularly stormy winter prevented the fishermen from bringing any fish back to shore. A man called Tom Bawcock set out into the huge waves despite people begging him not to because it was so dangerous, but he eventually returned victorious with lots of different fish for everyone to eat! The people of Mousehole were saved and, from then on, Stargazey pie has been cooked an eaten every year in his honour.

Every year on Christmas Day, Boxing Day and New Year’s Day, you’ll see the incredible sight of hundreds of people racing into the Atlantic Ocean for a traditional festive dip! Events span across the entire county from Bude to Sennen and lots are sponsored with the money going to local charities. More recently, people have been dressing up in Santa costumes to take to the waves but, if you’re thinking of braving the chill, beware – many of them also insist on a wetsuit ban!

Cosy up by the sea

If you’d rather simply escape to the coast and snuggle up by the fire with a glass of mulled wine and the sound of waves rolling ashore, there’s nowhere more relaxing than Cornwall at Christmas. With properties ranging from the wing of a castle to beautiful barn conversions by the coast, each and every stay at Caerhays Holidays is a timeless, magical experience – whether it’s a romantic escape, a festive family holiday or a full getaway with grandparents and all (take a look the properties with Christmas availability here!)